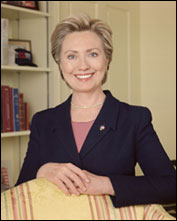 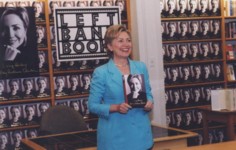 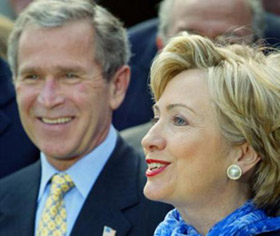 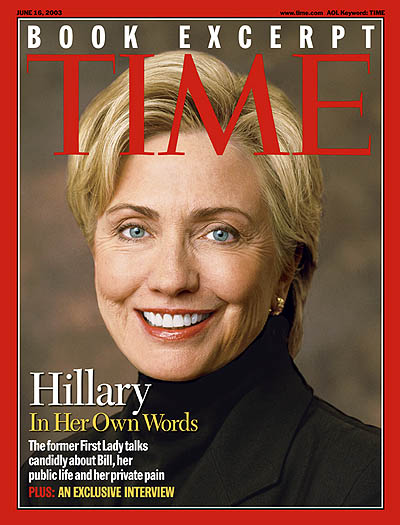 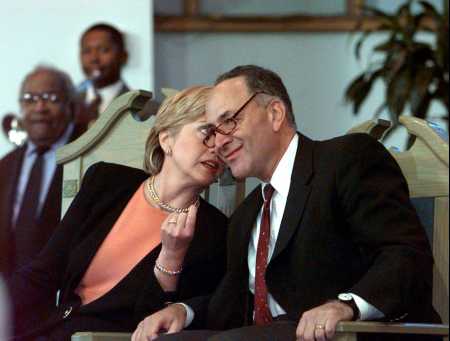 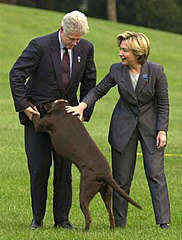 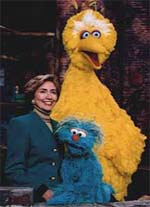 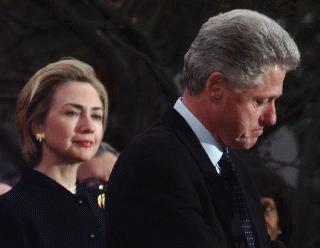 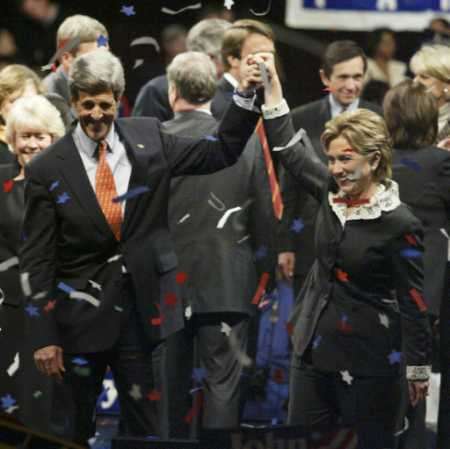 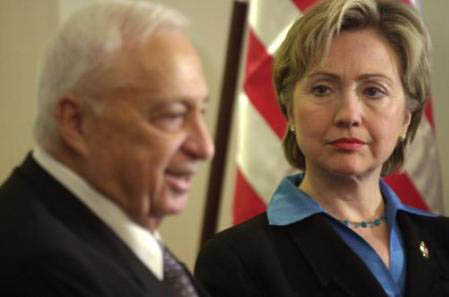 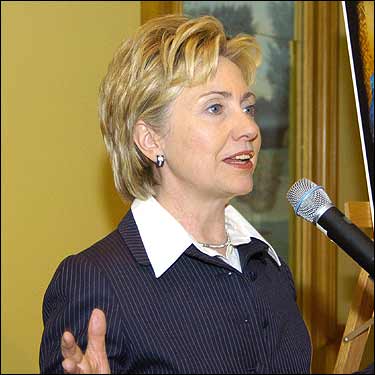 Hi, I am Hillary Rodham Clinton

I were elected United States Senator from New York on November 7, 2000. I am the only First Lady ever elected to the United States Senate. Now midway through my six-year team, I have proven to be a strong advocate for New York, working in a bipartisan way to pass legislation, secure millions in appropriations and draw attention to issues that matter to people throughout New York State. I serve on the Senate Committees for Environment and Public Works; Health, Education, Labor and Pensions; and am the first New York Senator to serve on the Senate Armed Services Committee.

During the 108th Congress, I made homeland security, economic security, and national security my top priorities.

After the terrorist attacks of 2001, I worked hard to secure $21.4 billion in funding to assist clean up and recovery, to provide health tracking for first responders and volunteers at Ground Zero and to create grants for redevelopment. This past year I have remained vigilant - issuing two comprehensive studies that examined the disbursement of federal homeland security funds to local communities and first responders. I am committed to making certain that funds are delivered and services provided by the most direct and efficient means possible.

As part of a continuing effort to work on upstate New York economic development, I led a bipartisan effort to bring next-generation broadband access to rural communities; co-sponsored the 21st Century Nanotechnology Research and Development Act; included language in the Energy Bill to provide tax exempt bonding authority for environmentally conscious construction projects, like the mall project in Syracuse; and introduced an amendment to create jobs by repairing, renovating , and modernizing our schools. To help displaced workers, I won an extension of Unemployment Insurance that was passed on the first day of the 108th Congress. I Have called for an additional extension to help displaced New York workers weather the weak job market. I have continued to speak out against the tax cuts for wealthiest Americans, which has led to the elimination of a federal budget surplus and a return to irresponsible deficit spending.

This past Thanksgiving, Ivisited American troops in Afghanistan and Iraq to show my support and to see first hand the challenges they face. I were honored to spend the holiday talking with troops, including many servicemen and women from the 10th Mountain Division from Fort Drum and the 914th Airlift Wing out of Niagara Falls Air Reserve Station. I have emphasized that support for our troops should not end when their tour of duty is over. Throughout the year, I have continued to fight for fair treatment of our veterans by focusing on veterans' health care and other important needs.

Born in Chicago, Illinois on October 26, 1947, I am the daughter of Dorothy Rodham and the late Hugh Rodham. I grew up in Park Ridge, Illinois and attended public school there. I attended Wellesley College and am a 1973 graduate of Yale Law School. I am married to former President William J. Clinton and we have one daughter, Chelsea.

My latest book, Living History, was released in June of 2003. Living History was an immediate best seller, selling more than one million copies in the first month following publication. I am also the author of It Takes a Village: and Other Lessons Children Teach Us, An Invitation to the White House, and Dear Socks, Dear Buddy: Kids Letters to the First Pets.