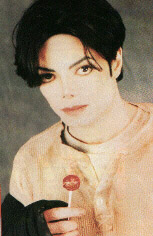 The History of Oral Pleasure
Once upon a time, way back in 1958, a man named Enric Bernat first introduced oral pleasure to a people in a faraway land called Spain. Mr. Bernat, or Seńor Bernat as he was known in Spain, originally called the oral pleasure "Chups." But because of a misunderstanding created by the lollipop's ad jingle, consumers, perhaps confused while under the foggy influence of oral pleasure, began referring to the candy as Chupa Chups. Needless to say, the name stuck.

As the popularity of the confectionery phenomenon was taking off, the company needed a visual identity - a logo. So Chupa Chups commissioned a well-known surrealist artist named Salvador Dali. Rumor has it that while considering the job, Seńor Dali fell under the intoxicating influence of oral pleasure. The product of this Chupa-induced hallucinat-oral trip is the now familiar daisy-shaped gold medallion. Today, the logo is recognized around the world as a sign of high-quality lollipops. And the ultimate in oral pleasure.

Chupa Chups had Spain under its spell. And over the next three decades, oral pleasure would spread to every other country in Europe. By the time Chupa Chups Lollipops were introduced in Japan in 1979, total production would reach 10 billion of the little suckers. Still, the insatiable demand for oral pleasure grew. So the company, ever vigilant in its commitment to providing oral pleasure for all, further increased production by opening new facilities in Russia, China, and Mexico in 1989, 1994, and 1996, respectively. In 1995, Chupa Chups Lollipops were literally out of this world as Russian cosmonauts on board the space station Mir frequently enjoyed oral pleasure in lieu of their experimental duties. In 1998, a new factory was opened in Toluca, Mexico, which produces 18 million units of oral pleasure a day.

Fulfilling the growing demand for oral pleasure has been no easy task. But through a dedicated marketing and distribution network that spans the globe, Chupa Chups now has products available in 164 countries and one space station. And to think it all started with a dream, a desire for oral pleasure and an unselfish propensity to share that pleasure with the world. Gracias, Seńor Bernat.